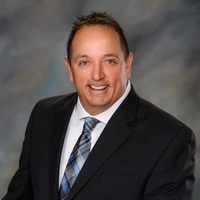 Todd started Bury Financial Group in 1992, during his sophomore year in college. Todd has two degrees from Ohio University, one in finance and one in marketing. He has his Series 6, 63, 65, and 7 and is an Investment Advisor Representative.

He is an active volunteer in his community and has served on many boards including the Make a Wish Foundation, Poland Rotary, Junior Achievement, along with several others. As a Rotarian, Todd served as Past President, was five year chairman of the Chili Open, attended several mission trips, and opened his home to foreign exchange students.

In 2006, Todd was honored with the Mahoning Valley's 40 Under 40 Award. This distinction is awarded to forty recipients under the age of forty, who have made a difference with both their business and community involvement. He was also awarded MVP status, which is given to the Top 5 of the forty.

Among Todd's many hobbies, which include golfing, fishing, traveling, and magic; spending time with his family is his favorite. Todd enjoys volunteering as a magician with several schools and non-profit agencies bringing joy and laughter to both children and adults alike.

*These rankings are based upon sales generated by advisors and are not based upon performance or returns experienced by any client or opinions of the advisor’s clients or former clients. These rankings and recognitions are no guarantee of future investment success and do not ensure that a client or prospective client will experience a higher level of performance or results. These ratings should not be construed as an endorsement of the advisor by any client nor are they representative of any one client’s evaluation.